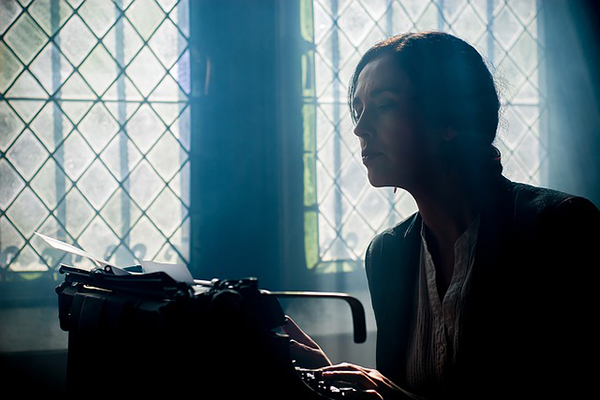 There are some strong women in the field of literature with connections to Uppsala University. Photo: Pixabay
2022-03-08

8 March is International Women’s Day, a kind of apolitical day of commemoration, according to Wikipedia. Some countries choose to celebrate women more generally on this day. Elsewhere, it is a day to focus on women’s ongoing battle for equal rights. In honour of this day, the Staff Portal editorial team have searched for and found a number of strong women in the field of literature with links to the University.

Originally, International Women’s Day was a day that focused primarily on women’s suffrage. Since 1978, the day has featured on the UN’s list of international days with special themes. Regardless of where we might find ourselves in the world or on the political spectrum, the editorial team’s reading recommendations this year focus on strong women with a connection – in one way or another – to Uppsala University.

Gunnel Forsberg’s book “Gerd Enequist. En pionjär i byxkjol” [Gerd Enequist. A pioneer in culottes] was published last year. Although Gunnel Forsberg is a Professor Emerita at Stockholm University, Gerd Enequist – the subject of the book – was in fact the first female professor at Uppsala University. She was appointed a professor in social and economic geography in 1949. The author, a fellow social and economic geographer, effectively allows Gerd Enequist to tell her own story through her own archive. The reader encounters a dedicated researcher and visionary, a social reformer with great personal commitment to her cause, and a loyal friend. But Gunnel Forsberg does not hold back on showing Gerd Enequist’s darker sides, in both her personal and public life.

Although Thage G. Peterson is not a woman, he does hold a Degree of Master (60 credits) in Theology from our University. He has also written a book (published in 2021) about Elin Wägner and how she influenced him as a young man: “Elin i mitt liv. Om Elin Wägner och mitt unga jag” [Elin in my life. About Elin Wägner and my young self]. A bench in the Berg parish cemetery in Småland became an important place in young Thage’s life. He would sit there with Elin Wägner, who had built her new home, known as Lilla Björka, in Berg, and there they would talk for many hours about life. Despite an age gap of more than 50 years, they formed a deep friendship. (Elin Wägner was also briefly married to the literary critic John Landquist, who studied literary history at Uppsala University in his youth). Ulrika Knutson also wrote “Den besvärliga Elin Wägner” [‘Elin Wägner the troublemaker’] (the title of the book!). Her book was published in 2020. Ulrika Knutson may have studied elsewhere in Sweden, but she has been a long-time resident of... Uppsala.

Someone who has not lived in Uppsala but did study at our University is Mirja Flodin. She was studying Southern Sámi remotely when she wrote her short story “Min ursäkt” [My Apology]. Mirja Flodin was awarded the 2021 Little August Prize for that story. The short story deals with thoughts and feelings about growing up and the choices we face after leaving school. We might have to move away from home, potentially to somewhere far away, leaving behind family and friends. But Mirja Flodin says the places and people in her short story are made up.

Finally, there are a couple of strong women in the field of fiction, and who have ties to Uppsala University, in the crime fiction genre. Archaeologist Anna Lihammer made her literary fiction début in 2014. Although she defended her doctoral thesis at another Swedish university, her book “Medan mörkret faller” [As darkness falls] is set in Uppsala in 1944. A prominent academic is found murdered in the cellars of the Department of Anatomy. The case is investigated by Inspector Carl Hell and radical policewoman Maria Gustavsson.

Will there be Walpurgis Night celebrations in Uppsala this year? Jonas Moström uses Walpurgis Night in Uppsala as the setting for his book “Midnattsflickor” [Midnight Girls] published in 2016. Two female students are attacked, while a third is found murdered – her body placed in the anatomical theatre. Lucky that Nathalie Svensson – an expert on psychopaths – is called in to assist with the investigation. We can only hope that we will be able to celebrate Walpurgis Night this year in real life – but without any murders of course!

And finally to something rather more pleasant, but no less thrilling. Malin Nauwerck defended her thesis in the Department of Literature in 2018. Since 2020, she has been leading the interdisciplinary project titled “The Astrid Lindgren Code”. The project is working with several other people from Uppsala University to decipher Astrid Lindgren’s shorthand notes using two digital methods. The project will conclude later this year. Perhaps the outcome will be the discovery by the researchers of other strong women in literature to join the ranks of Pippi Longstocking?