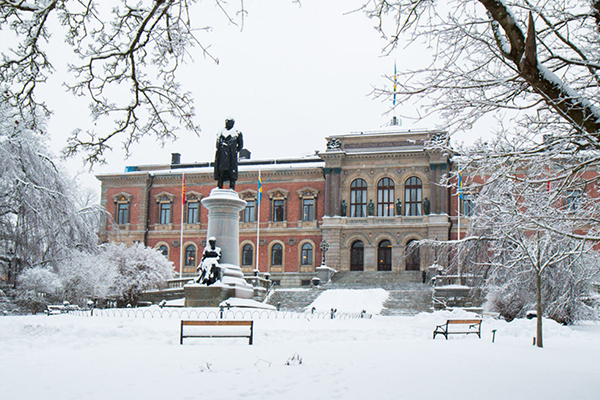 Uppsala University’s annual report and its budget submission to the government were important decision items on the agenda when the University Board convened today. The University has continued to grow and develop and can look back on a good year, despite the pandemic.

“Uppsala University is developing positively and we can clearly see that our operations have continued to grow, despite the pandemic,” says Vice-Chancellor Anders Hagfeldt.

The annual report reveals continued growth. Over a five-year period, turnover has increased by a billion kronor to reach SEK 7,825 million in 2021. The economic outturn, a surplus of 48 SEK million, derives mainly from education. The number of full-time equivalent students rose by 3 per cent compared with the previous year, while the number of Bachelor’s and Master’s degrees increased by 6 per cent.
Campus Gotland reached its target of 1,500 on-campus students. The number of fee-paying students increased during the year, despite the obstacles brought by the pandemic, and the number of exchange students recovered after the substantial decline in the first year of the pandemic. During the year, 431 new doctoral students were admitted, the highest figure for 5 years. In addition, the European University ENLIGHT conducted several activities in the course of 2021 and new courses were established jointly with the other eight partner universities.

Turning to research, the largest single providers of funding, as in previous years, were the Swedish Research Council, the Knut and Alice Wallenberg Foundation and the European Union. During the year, the Alva Myrdal Centre for Nuclear Disarmament (AMC) was set up at the University. The Centre is intended to stimulate education and research, ensure future expertise and provide interdisciplinary support to policy making. Another prominent initiative was AI4Research, a five-year project whose purpose is to deepen and broaden AI expertise at the University. Uppsala Diabetes Centre started its activities during the year and several initiatives were taken on Gotland in the field of sustainable development. One example is the research project ReCod, which seeks to strengthen cod stocks in the Baltic Sea.

In its budget submission to the government for 2023–2025, the University takes up what is needed to provide the best conditions for continued development. The University urges the government to be restrictive about detailed instructions of any kind.

In education, the University proposes that the temporary education initiatives taken by the government during the pandemic should be made permanent, that the compensation levels for education should increase and that the productivity deduction should be eliminated for higher education institutions. The University would also like to see measures to increase the number of placements for students and full funding for the new six-year medicine programme.

In research, the University points out the importance of giving research infrastructures, particularly major national undertakings, stable long-term funding arrangements and emphasises that it is important for the government to continue to engage in dialogue with higher education institutions in this area. A sustainable agreement is also needed to resolve the issue of open access to research results. Furthermore, the University considers that the five-year enhanced allocation to Campus Gotland should be made permanent and that the funding for the strategic research areas should be fully integrated in the University’s direct government funding. At an overall level, the University would like direct government funding to continue to increase and be kept free as far as possible from co-financing requirements.