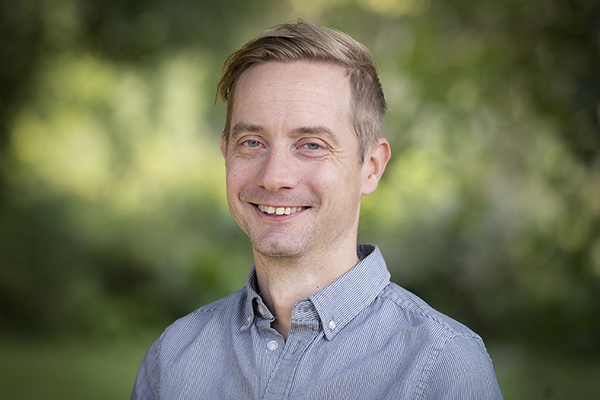 In 2022, the University’s weather observations will celebrate their 300th birthday. This event will be marked by a symposium in the summer of 2022. Photo: Mikael Wallerstedt.
2021-12-13

Hi there Erik Sahlée, Senior Lecturer in meteorology and responsible for Uppsala University’s weather observations, which will become 300 years long in 2022. This milestone will be marked by Uppsala University with a Celsius Jubilee.

Why are we celebrating these weather observations? 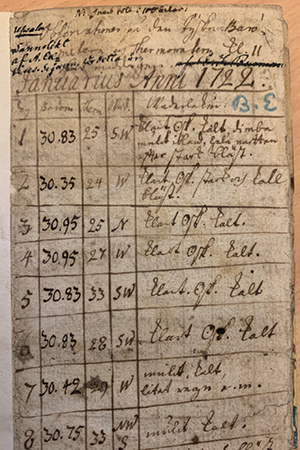 “Uppsala University’s weather observations started in 1722 and are some of the oldest instrumental temperature records in the world. At this time in the early 18th century, there were very few other places in the world recording similar observations, but Berlin had similar weather records. The big expansion of the weather station network first began with the establishment of national weather services in the latter half of the 19th century. Prior to this period, weather observations were limited primarily to Europe and North America.”

What role did Celsius play in weather observations?

“Anders Celsius was involved in starting up weather observations in Sweden in 1722 with his professor Erik Burman. Celsius then took over the entire responsibility from 1729. Then, of course, he is also known for his thermometer. Calibrated using the freezing point and boiling point of water, it had a huge impact. Before this, there really wasn’t any common and reliable standard for temperature scales. The Celsius thermometer started being used in Uppsala’s weather observations on 2 June 1743. But at that time, its scale was the reverse of the scale we use today: 0 degrees was the boiling point and 100 degrees the freezing point of water.”

You observe weather but talk about climate. How do weather and climate relate to each other?

“Weather is what we experience, that is, what the atmosphere looks like right now or over shorter timescales. The weather changes from hour to hour and week to week. Climate on the other hand describes the average weather for a particular location, determined over a longer period of time – normally 30 years. One way of describing the difference is: “Climate is what you expect, weather is what you get”.

During this jubilee year, the Department of Earth Sciences will hold a symposium during the summer of 2022 to celebrate these 300 years of weather observations.

Compete with your best weather shot

The Department of Earth Sciences is also holding a weather photo contest. Submit your best weather-related photo to kommunikator@geo.uu.se or post it on Instagram and tag it with #Celsius300.