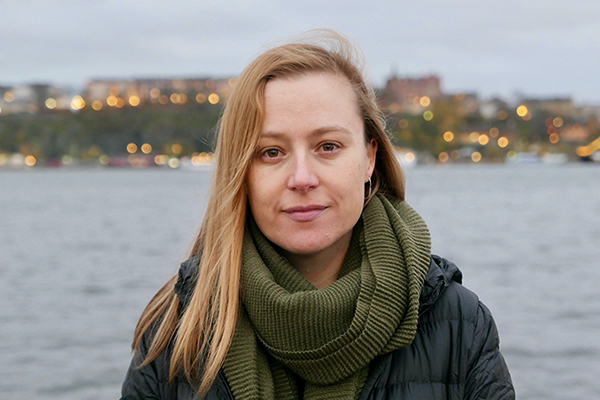 Rebeca Gonzalez Suarez, researcher at Department of Physics and Astronomy.

Outreach coordinator of the ATLAS experiment

Rebeca Gonzalez Suarez, researcher at the Department of Physics and Astronomy, has been elected for a two-year term as outreach coordinator of the ATLAS experiment.

What will you do as outreach coordinator?
“I’m responsible for the planning and implementation of the ATLAS-wide education, communication, and outreach programme. These responsibilities are always shared by two people, serving staggered terms; the first year my co-coordinator is Dr Sascha Mehlhase from Ludwig Maximilian University of Munich. The group looks after the development and maintenance of various platforms, including the ATLAS website and social media presence. We also create content for communicating the goals and milestones of ATLAS to specific target audiences.”

Can you describe briefly what the ATLAS experiment is?
“The ATLAS experiment is one of the two general-purpose detectors of the Large Hadron Collider at CERN. ATLAS is the largest detector ever constructed for a particle collider, it is 46 metres long and 25 metres tall and wide. The ATLAS Collaboration is in turn one of the largest scientific collaborations in the world, composed of around 5,700 physicists, engineers, technicians, students and administrators. ATLAS has 2,900 scientific authors from 180 institutions around the world, representing 38 countries. And Uppsala University is among them. ”

How does it feel to be given this responsibility?
“I’m really pleased that somebody nominated me after being involved in ATLAS only for about two years, and it feels great to have been elected. I’ve held coordination positions before and I do still have other projects that I am leading in parallel, but those have always been within physics coordination, or detector operation, and it feels exciting to get to see a different side of the work that a huge scientific collaboration like ATLAS performs.”

Why were you elected?
“As a scientist, I believe that involving the general public in our research is our duty, we are entrusted with public funding and it is important we transmit as clearly as possible what we are searching for, what we are finding (or not), and what our plans and goals are.

“Public support is central to the survival of any scientific field. Moreover, outreach is key to attract the next generation of scientists as well. This is why I have always been very active in this area, giving public lectures, organising and participating in activities, giving interviews, writing articles, contributing to podcasts and blogs, and maintaining a public social media profile.”