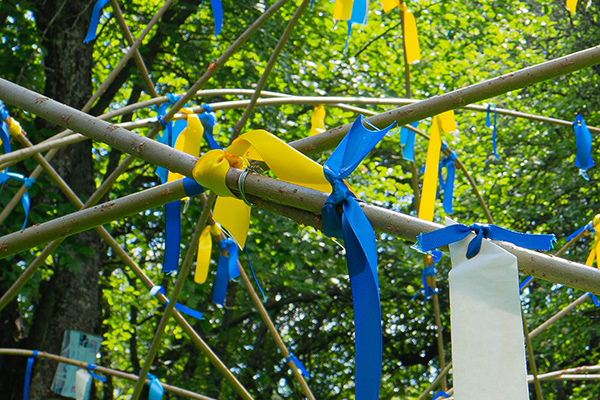 The Flying Seeds exhibition in the Botanical Gardens is open all summer. Photo: Anders Berndt.
2022-06-13

Uppsala University is hosting a variety of exhibitions during the summer. Everything from artists' paintings of Sweden's national flower, to maternity care and hieroglyphs. 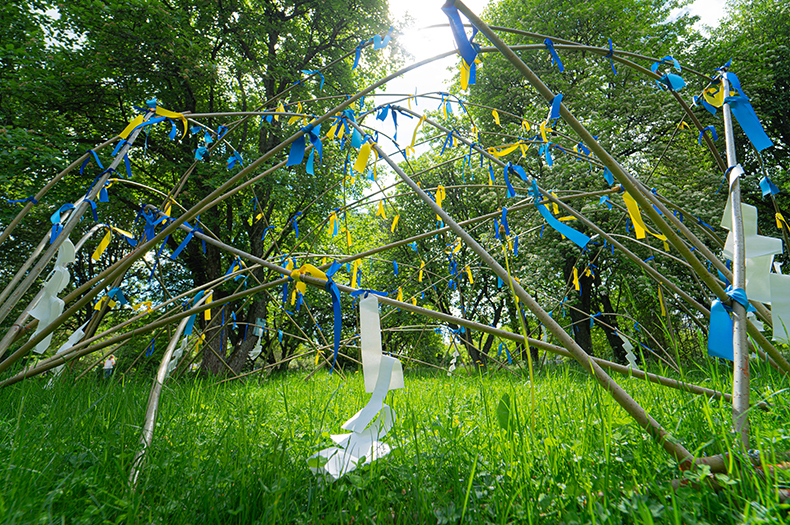 This year when you walk around the Botanical Garden, you will be able to see land art by six Japanese artists. Land art is an art form in which the art is created on site based on the conditions and sometimes also materials available on site. You can find the art in the Botanical Garden around Linneanum.

We have had province flowers since the early 1900s. What may not be so well known is that we have a national flower. In the spring of 2020, the Swedish Botanical Association chose a small bluebell to be Sweden's national flower. Over the summer, there is an exhibition in the Linnaeus Garden's orangery with paintings by different artists of a small bluebell.

If you want to get out of the city centre, you can walk along the Denmark trail, one of the Linné trails to Linné's Hammarby cultural reserve. Once there, you can see an exhibition by the artist Anna Björkland who creates images in ceramics, mixed media and different types of painting, which runs until 17 July.

Despite the splendour of the flowers and art, might you want to get involved in something completely different? If so, you can visit the Museum of Medical History that has an exhibition on child and maternity care at the Gillberg orphanage. The exhibition is produced by the students on the master's programme at the Department of ALM specialising in Museum and Cultural Heritage Studies. 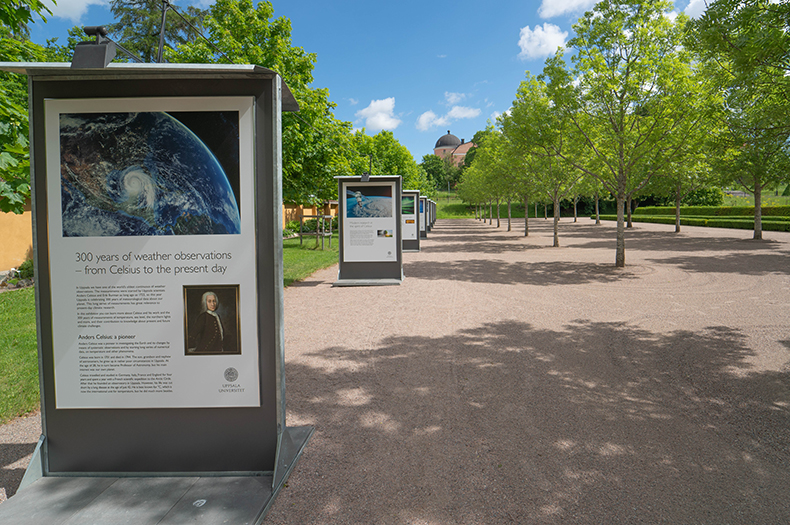 Uppsala University has one of the world's longest series of weather observations and this year the series will be 300 years old! It was started in 1722, by Anders Celsius and Erik Burman, when they began to measure temperature, air pressure and wind direction on a daily basis. You can learn more about weather observations and Anders Celsius at this summer's Celsius exhibition. You can find the exhibition in the northeastern corner of the Botanical Garden, after the gate towards Uppsala University Library. 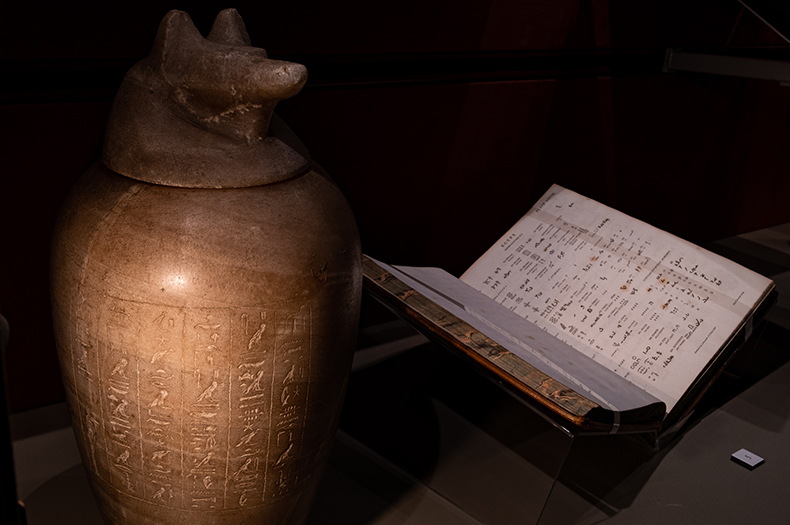 If you are interested in languages and ideography, you can make your way to Carolina Rediviva. On display in the exhibition hall is an exhibition of hieroglyphs as it is 200 years since hieroglyphs could be interpreted using the Rosetta Stone, among other things. The exhibition is produced in collaboration with Gustavianum, Uppsala University Museum.

On the subject of Gustavianum, it is still closed for renovation but the work is expected to be completed by autumn 2023. Re-inauguration is approaching!