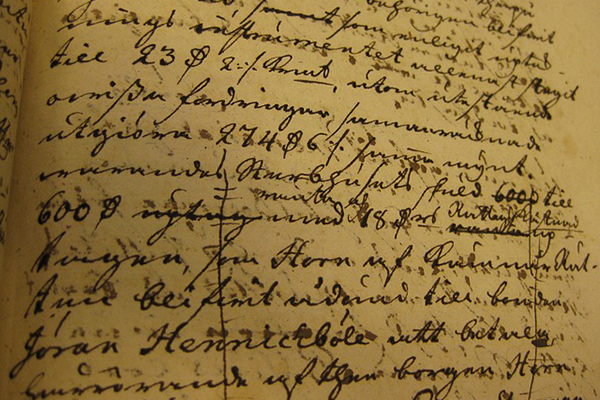 Writing texts so that everyone understands them is part of our remit. Photograph: Pixabay
2022-02-21

Many Swedes have difficulties reading and writing. For some, this can be because they have always struggled, while others have suffered injuries that affect their ability to read. There are also many people in the country whose first language is not Swedish. People who are born deaf and have never heard spoken Swedish may also have difficulty using their voices and with speech. Sign languages are also different from spoken languages. There is no international sign language.

By writing in plain language, we make life easier for the deaf, as well as others, such as those born abroad. In addition, Uppsala University is a bilingual university. This means that our Swedish texts are translated into English as far as possible.

By writing clearly, we make it easier for everyone to absorb the content of a text. It’s never wrong to express yourself clearly as a writer if your aim is to make an impact with your text.

Read more about plain language and other useful links

There are more recommendations for writing clearly and styles rules, and our University’s style guide, available on the Staff Portal [in Swedish] If you are writing documents or copy for the Internet, there are separate writing tips available to help you ensure that your information is accessible and easy to understand.

There are also links to other online sites where you can get advice on language issues. The Language Council of Sweden’s question toolbox at is a handy site where you can find tips and also ask questions about language and writing.

The online thesaurus in Swedish can be a great tool for finding simpler and better alternatives to difficult and complex words.

The Swedish Academy’s dictionary l can help you with spelling, compound words, etc.