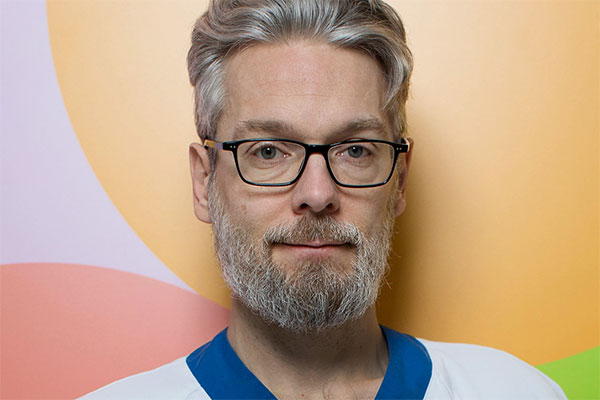 Joachim Burman receives the Bjarne Ahlström Minnesfond’s Award 2021 for research in clinical neurology – especially inflammatory mechanisms that affect the central or peripheral nervous system function. The prize is awarded every year and is SEK 1 million. It is distributed partly as an individual prize of SEK 50,000 and partly as a research grant of SEK 950,000.

Joachim Burman is Adjunct Senior Lecturer at the Department of Neuroscience and Consultant Neurologist at Uppsala University Hospital. He is awarded the award for his research on Multiple Sclerosis (MS) and stem cell transplants.

The purpose of the Bjarne Ahlström Minnesfond för medicinsk forskning is to promote scientific research in medicine and provide support for the preparation of teaching and education in these subjects. It was founded in 2017 through a testamentary disposition of Bjarne Ahlström, who left his entire estate to the foundation.

Congratulations on the prize.
“Thank you.”

What does the prize mean for you and your research?
“Getting an award is a gratifying experience and an acknowledgement of the significance of my research. Research funds are mostly awarded as grants with a specific purpose, while prize money can be used more freely. I have not completely decided on how to use them yet, but probably for an early-stage project with the potential to generate exciting data. It is often difficult to find regular research funding for these high-risk projects. Hopefully, this will lead to that we will be able to open up a new conducive research track.”

“We have also collected samples from our patients in biobanks and begun to analyse various biomarkers to learn more about how autologous blood stem cell transplantation affects brain health. One thing that is particularly important is that we have been able to show that the brain damage, that the inflammation in MS gives rise to ceases after treatment with autologous hematopoietic stem cell transplantation. We are now broadening our study to investigate several hundred molecules in the cerebrospinal fluid from these patients.

“Finally, I would like to highlight our work trying to understand the cell-biological mechanisms behind the treatment effect. We believe that a large part lies with the elimination of autoreactive T and B cells and the restoration of immunological tolerance, although this is far from proven. We have a demanding and arduous task ahead of us, but we are optimistic and believe that we will reach this goal in the end.”