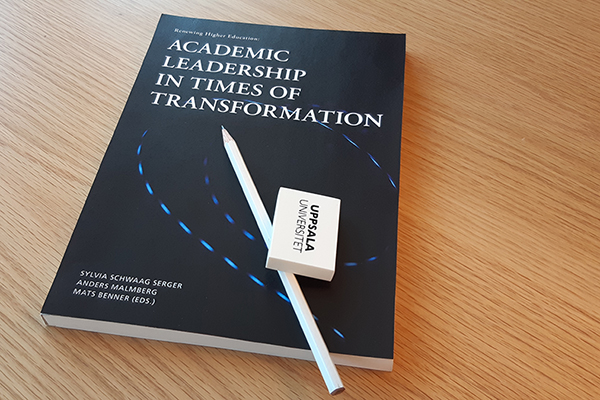 How should future universities be shaped?

How are universities to adapt to turbulent changes within the community at large? What is to be the future role of universities? These questions were discussed at a conference involving representatives of seven American and Swedish higher education institutions.

Uppsala University is taking part in the international Sweden–USA Project for Collaboration, Academic Leadership and Innovation in Higher Education (CALIE).

“On both sides of the Atlantic, university managements are thinking about how to renew education as society transitions to greater digitisation, whilst at the same time AI and sustainable development call for interdisciplinary study programmes,” says Anders Hagfeldt, Vice-Chancellor of Uppsala University, who was one of the conference speakers.

CALIE is a collaborative project involving the university managements of Uppsala, Lund, Gothenburg and Stockholm Universities, and the three North American universities Stanford, UC Berkeley and Washington. The purpose of the collaboration is to explore academic leadership in relation to renewal or innovation within higher education. It is a three-year Vinnova project. A final conference in connection with the CALIE project was held in May, and involved participants from 39 higher education institutions and other organisations.

The topics discussed at the conference were the university’s future role, adaptation to major societal changes, talent attraction, and lifelong learning. The EU’s investment in the European University was also discussed. A takeaway from the conference is that future talent attraction at both national and international level will require even greater collaboration between society’s actors, to assure lifelong learning.

The same but different

“At the conference, representatives of universities in both the USA and Sweden shared the view that tomorrow’s workplace will be more digital, even after the pandemic. But it is also clear that the pandemic has affected Swedish and American universities differently. The American model for education and research, which is largely based on fees and on private donations and funding, has led to many American universities suffering from lost revenue. The Swedish funding model is different, and in America there is considerable interest in the way the Nordic model works. “During the conference, the expression ‘Sustainable Vikings’ was established by speakers from UC Berkeley,” says Anders Hagfeldt.

As a final report from the CALIE project, a research anthology was published in conjunction with the final conference. In 17 chapters, researchers from Sweden and the USA examine the university’s role and function in times of change and social and technological challenges. The basic issue for the anthology is how universities can best contribute to meeting the challenges and at the same time support sustainable development.

Some examples of chapter headings from the anthology are: