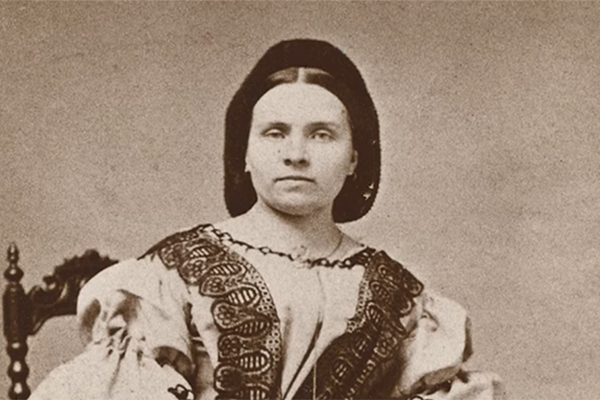 This year it is 150 years since the first woman, Betty Petterson, was enrolled at a Swedish university. Betty Petterson from Gotland studied linguistics and modern literature at Uppsala University.

As part of the anniversary, the University Library has made a display in memory of Betty Pettersson. The display stands in one of Carolina Rediviva’s exhibition hall. There you can see the enrolment register entry when she is admitted to Gotland's nation.

Betty Pettersson broke new ground, and a couple of years after she was admitted to Uppsala University, women were given the right to study for a degree in the Arts Faculty, and at lower levels in the Faculty of Law.

After her university studies, Betty Pettersson worked as a teacher. In Blåsenhus where the teacher education programmes are based in Uppsala, there is a classroom named after her, and on Campus Gotland one of the buildings bears her name.

Watch the film and read more