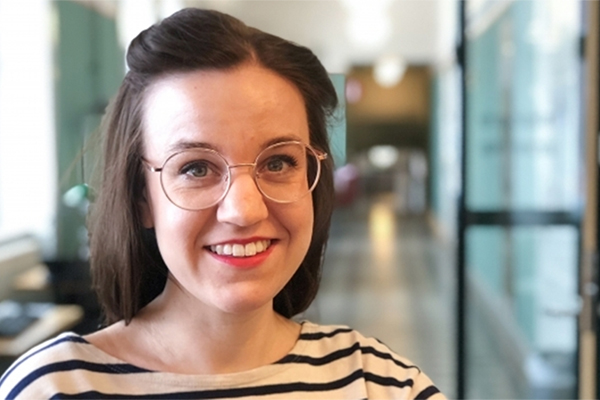 Rakel Eklund, researcher at the Department of Medical Sciences, has studied what promoted people’s well-being during the pandemic. Photograph: Sara Rystedt.
2022-01-24

Talking about it makes the pandemic more bearable

Having clear daily routines, being physically active and engaging in outdoor leisure pursuits have all been helpful in promoting the well-being of Swedes during the COVID-19 pandemic.

Meeting with their nearest and dearest and – in fact – talking about society’s solutions to the pandemic have also helped. This is according to a study titled “Daily uplifts during the COVID-19 pandemic: what is considered helpful in everyday life?” from Uppsala University.

“Despite the fact that the recommendations at the time of the study were to keep one’s distance from others, it was very clear that what the study participants considered most important was spending time with the people they care about. While many people say they are sick of talking about the pandemic, a few participants in the study stated that it had been very helpful to talk about it. Discussing the pros and cons of face masks and how Sweden has dealt with the pandemic compared to other countries appears to have been helpful to these people,” says Rakel Eklund, researcher at the Department of Medical Sciences and first author on the study.

The study was conducted in the summer of 2020, which was the first summer of the COVID-19 pandemic. 693 people over the age of 18 took part in the study, of which the majority were women. They were all sent a daily text message for 14 consecutive days asking them what had made them feel better or what had been helpful to them during the previous 24 hours. A total of 4,490 responses were received, and each participant responded on average on 6 days out of the total 14. Participants wrote between 1 and 965 words per response. The researchers then used content analysis to analyse the written responses, which resulted in the emergence of seven different themes in relation to what had been helpful: the importance of their social network; work and colleagues; recreation and leisure activities; health and well-being; being outdoors or travelling; the activities and routines of daily life; and information from the media and government agencies.

Planning for the future helpful

Participants were creative in how they mixed with others, for example by going on walks together, or meeting in the stairwell of their apartment building, or around a barbecue in their garden. It was often pointed out that they were meeting physically but socially distanced or outdoors. Other ways of connecting with others included remotely via chat, video calls and phone calls. It was also very clear that it was helpful to maintain daily routines while also having the courage to plan for the future.

“The study demonstrates that despite the fact that we are living in uncertain times due to the pandemic, it is possible to create positive moments and experiences – both for ourselves and for others. This makes it easier to cope with the difficult circumstances we are currently living under. This is why it’s important for society to ensure that people can interact with each other safely, that there are plenty of green spaces and nature close to residential areas, and that people have access to an Internet connection that functions well so they can engage in those activities that are described as helpful and promote well-being,” says Rakel Eklund.

The study is called “Daily uplifts during the COVID-19 pandemic: what is considered helpful in everyday life?”