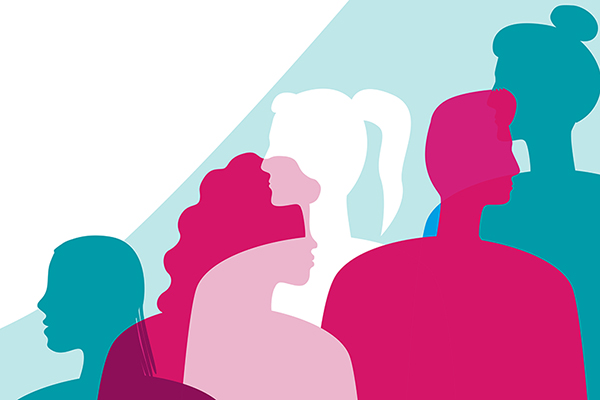 New measures are included in the forthcoming plan for gender mainstreaming in order to tackle gender-based vulnerability and sexual harassment.

Measures are needed to reduce bullying and sexual harassment

This is the first joint national survey conducted by Swedish universities and colleges to determine how common gender-based vulnerability and sexual harassment are in academia. A total of almost 39,000 employees, doctoral students and students responded. The answers show that young people, women, students and doctoral students are particularly vulnerable.

In response to a specific question, around four per cent of employees, doctoral students and students at 38 of the country’s higher education institutions stated that they had been exposed to “unwanted sexual attention in the workplace/study place” in the past 12 months. However, the extent of such exposure differs between different categories. Six per cent of women students stated that they have experienced such exposure in the past twelve months, while the corresponding figure for male employees is two per cent.

Sweden is not best

The survey was conducted by the research and collaboration programme on sexual harassment and gender-based vulnerability in academia, which is run by the KTH Royal Institute of Technology, Karolinska Institutet, Malmö University and the Swedish Secretariat for Gender Research at the University of Gothenburg. An initial analysis of the survey was presented on 20 May 2022.

“The results indicate that gender-based vulnerability affects all groups in our sector. Women doctoral students, in particular, report high levels of exposure to sexual harassment, compared to international research. The same applies to the proportion of men reporting such exposure. All told, this shows that, despite several decades of preventative action, we need to raise the level of ambition in several ways”, says Fredrik Bondestam, director of the Swedish Secretariat for Gender Research and a member of the programme’s steering committee.

The results for Uppsala University are approximately equivalent to the national results, but one result stands out.

“We know that this type of problem is common; sadly, it’s not uncommon. What’s important now is that we work long-term to implement preventative measures. In this endeavour, the work of the department heads with support from HR and equal opportunity groups around the university is key”, says Åsa Cajander, Adviser to the Vice-Chancellor on Equal Opportunities

Measures in the forthcoming plan

The survey is an important part of the work on the new gender mainstreaming plan at Uppsala University, which is scheduled to be adopted in the autumn of 2022.

Of course, it is important to find measures that have a preventative effect, as well as handling the cases that still occur. One planned measure is to include people in the vicinity in the preventative work. Studies in the US have shown that continual education designed to teach employees how to intervene when witnessing sexual harassment can reduce its incidence by up to 30 per cent.

One of the problems with preventative intervention is that perpetrators either don’t understand that their behaviour is not OK or they do it deliberately. In either case, it is difficult to reach the perpetrators with educational interventions.

“Tackling the problem requires having individual conversations with those who expose others to this type of behaviour”, says Åsa Cajander.

However, for this to be possible, those who are exposed must report and share details of what happened.

“We must create a culture where those who are exposed are seen and feel safe and secure in reporting what they’ve been exposed to”, says Åsa Cajander.

Åsa Cajander speaks from personal experience. In two previous workplaces, before starting work at Uppsala University, she was herself subjected to sexual harassment. On the first occasion, she did not report it, but on the second occasion she did.

“The first time, the employer couldn’t do anything, because they didn’t know about it. The second time, the HR department had a good conversation with the person, who was able to continue working. He had been completely unaware of his behaviour, which was extremely uncomfortable for many women in that workplace.”

The plan includes several measures, such as in-depth analyses, digital education about master suppression techniques and what can be done about them and a review of management and leadership training.

Business-related HR works to support the department heads in handling these matters. In difficult cases, the central HR department also helps. Department heads, business-related HR and equal opportunities representatives are offered training in the subject and it is included in the university’s documentation for employee interviews, management training and work environment and equal opportunities materials.

An equal opportunities day focusing on sexual harassment is planned for the autumn.