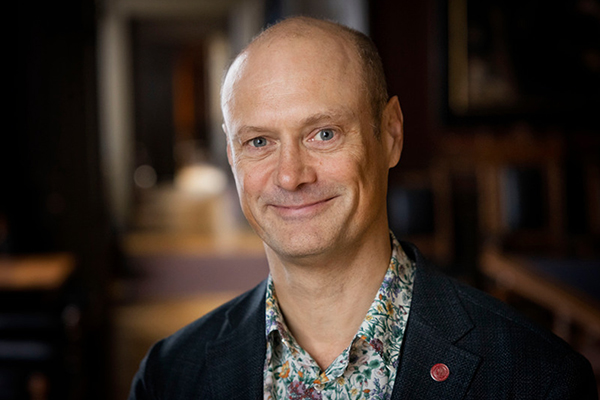 Director Claes-Fredrik Helgesson and the Centre for Integrated Research on Culture and Society (CIRCUS) invites you to a symposium on the importance of academic debate to be held on 6–7 December. Photograph: Mikael Wallerstedt.
2021-11-18

“Many examples of research debate not working very well”

Hello there Claes-Fredrik Helgesson, Director of the Centre for Integrated Research on Culture and Society (CIRCUS), which will hold a symposium on interdisciplinary debate and discussion on 6–7 December.

Who are the intended audience for this symposium?

“The symposium addresses those who are interested in the importance of discussion and debate within academia and the arenas in which this debate takes place. The symposium is based on the premiss that research needs to accommodate disagreement in constructive and organised forms in order to function well. It is an important aspect of the academic seminar, the peer review process and public debate for example. We need to ensure that they work well, especially when discussions cross disciplinary boundaries and embrace different scientific traditions.”

Do we really need to discuss how we debate in academia? Hasn’t this already been exhaustively explored in the world of research?

“Although it is fundamental to how academia works, there are many examples of when it does not work very well. I myself have been at seminars where constructive criticism was conspicuous by its absence and seen journal article reviews filled with uncalled for and derogatory invective. At times I have also become rather depressed over contributions to debates in fora such as Högskoleläckan where researchers almost take pride in showing an unwillingness to understand any other perspective than their own or acknowledge the value of research of a certain kind. As a profession, we should be able to do better than that I feel.

“Academia should be a kind of expert authority on how to create conditions that allow constructive disagreement across different disciplinary boundaries. This is a skill that should be relevant and sought after in the rather harsh climate for public debate that we have today. Sometimes I get really down and think that rather than demonstrating constructive ways forward to other sectors, academia is instead importing a polarised climate of public debate.”

What effects can a polarised climate of debate in the research world have?

“Lower quality research. It can result in research where many contributions are made in highly specialised conversations in small, closed rooms where everyone understands each other. Contributions to the research must be developed in conversation with others, including those who are not entirely like-minded. A well-articulated monologue formulated in solitude and shouted out into a dark and cold winter night does little to drive progress.

“Academia will also become a worse place for developing researchers. We need to offer good examples and good training in how disagreements can be articulated and received so that the research can progress. That way, we can create the right conditions for developing individuals who can debate across disciplinary boundaries and with representatives of scholarly traditions other than their own.”

What do you hope that the symposium will give attendees?

The symposium “Debating Research Together – Explorations in the excellence and shoddiness in how we in academia engage in cross-cutting scholarly debates”.