Arial and Times respectively can be used as replacements if Gill and/or Berling are unavailable. 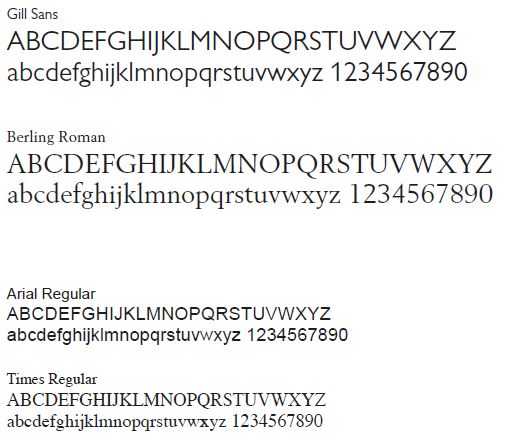 Dissertations and scholarly publications sometimes require the use of special characters (for example, € ¥ £ α β Σ Φ Ψ Ω ∞ ÷ ∂) that are not available in the limited character set in Berling or Gill. In these cases, another font may be used, such as Times.